HomeMortgageShould You Get a Fixed Rate Mortgage? 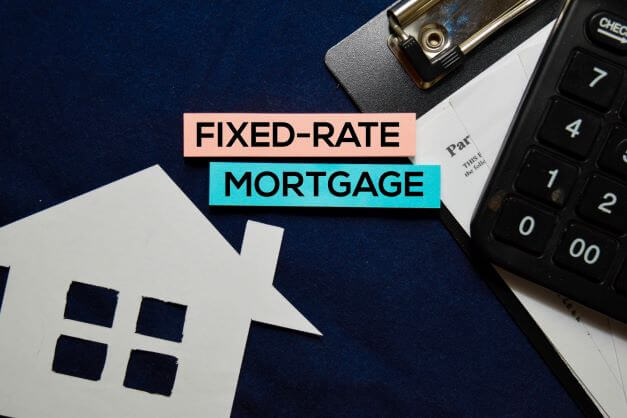 The Bank of England’s base rate has significantly increased since December and there has been a large number of people that are thinking more about the cost of their mortgage.

It is expected that the Bank will increase once again today from 1% to 1.25% and it has been predicted to keep rising.

Borrowers are facing a sharp change in the normal procedure of interest rate reductions when they move or refinance.

Many house owners that are coming to the end of their two to five-year fixed mortgages are finding out that they will have to pay higher interest rates to change to a new deal. Their monthly payments will be increasing even though they are borrowing less. Mortgage rates have increased recently, and we are far away from the best deals available last autumn before base rates started to increase from 0.1%.

You’ll need to remember that this is a weighted average across the most attractive deals available to homeowners with at least 40% equity (60% loan-to-value ratio). You should try this mortgage calculator to get an idea of what the monthly repayments would be.

People with fewer deposits or equity put down are charged higher rates on their mortgages. However, those who qualify can rejoice as it’s possible to slightly get around the average measure. You can get a five-year fix at 60% loan-to-value at 2.54% from TSB, while one of the best two-year fixed deals is at 2.34%.

So What Option is Best for you?

Fixed-rate mortgages provide guaranteed rates of interest and, as a result, provide you with certainty in your financial planning and consistent monthly payments over the duration of your fixed mortgage.

Taking out a fixed-rate mortgage might seem like the safest option for those without a big financial cushion, but variable-rate mortgages usually have lower interest rates.

It is important to understand the benefits of a variable-rate mortgage before you choose a fixed-rate mortgage. Your best chance of getting the right mortgage is to seek the help of an expert financial advisor.

You may also want to act now if your fix term mortgage runs out this year as the mortgage rates have risen by a significant amount.

It is possible to get a new fixed-rate deal from lenders six months before your current deal ends. It also may be best to add the arrangement fee to the loan so that you don’t pay any upfront costs. The charge is only applied when you take out the mortgage if you subsequently pay off the additional amount; you will not be charged interest on it for the next few decades.

So you may be asking yourself what would be the extra costs if you were to remortgage now?

It really all depends on your mortgage size, when was the last time you took out your fix-rate mortgage and how much your house has increased in value.

L&C’s mortgage finder calculator can help you determine the best fixed-rate mortgage for you, based on your budget and other requirements. You’ll want to know well in advance about any extra costs that may be paying and you can plan ahead from there. Obviously, you’ll need to take into account when calculating the sums that some of your existing mortgage should have been paid off since the contract started.

It is crucial to know precisely when your current deal expires because leaving a fixed mortgage way before the finish date can result in early repayment charges. The length of time until the mortgage expires may not be as straightforward as being exactly two or five years from the date the mortgage began.

Lenders, such as Nationwide, will establish a rate for the duration of the loan from the beginning date – also known as the completion date. It is possible, though, that you have either more or less time than you originally thought to elapse on your mortgage if you have a fixed-rate deal.